Get fresh music recommendations delivered to your inbox every Friday.
We've updated our Terms of Use. You can review the changes here.

by Seven Steps To The Green Door 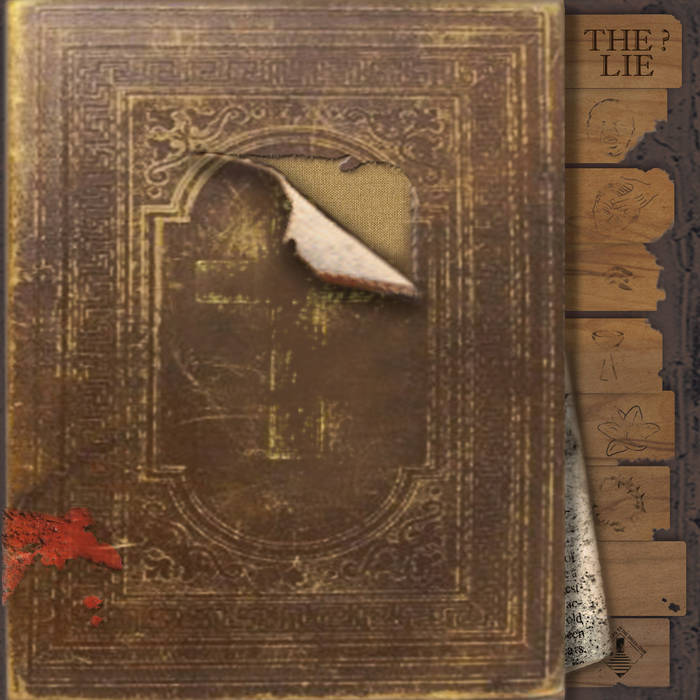 Seminal progressive crossover band “seven steps to the green door” from Germany is back with the new album “THE?LIE” – and surprise us with the second part of their concept trilogy “THE?BOOK”, in which authors and band deal critically with religious fanaticism. In 2011, the band of masterminds Marek Arnold (Toxic Smile, Cyril, Damanek, UPF, Flaming Row u.v.a.) and Ulf Reinhardt caused some stir with the first part “THE?BOOK”, an ambitious and profound piece of art.

With their 2015 release “FETISH”, the band managed to make some furore internationally, embarking into their first ever European Tour 2016/17, also performing at some of the biggest festivals in the prog-scene (including Night of the Prog, Crescendo, Summer’s End, Artrock Festival etc). The album was hailed by critics and reached high positions in every poll of that year.

With “THE?LIE”, ssttgd are once again proving that they are among the most innovative and creative bands in the genre – and in George Andrade, the band was able to convince and win over a lyricist for the concept, who developed a compelling lyricbook, with stirring and disturbing lyrics, out of Thoralf Koss’ story.
To match the intriguing storyline, some outstanding members of the progrock scene were ensembled to take on the roles of the characters and to perform the instrumental parts: British multi-instrumentalist and singer Pete Jones (Tiger Moth Tales, Camel, Francis Dunnery Band) delivers stunning vocals as the “Father”; gifted guitarist Luke Machin (including Maschine, The Tangent, Francis Dunnery Band, Damanek …) played and arranged most guitar parts; Steve Unruh (Resistor, UPF, Samurai of Prog) and Jason Melidonie (Cytotoxin) added brilliant violin and guitar solos. That’s just to name but a few.

The album, produced by Marek Arnold and mixed/mastered by Martin Schnella (Flaming Row, Melanie Mau & Martin Schnella, ssttgd), will be released by Progressive Promotion Records on April 30, 2019. All pre-orders will feature the album, signed by Marek and Ulf, with an extensive lyricbook of the storyline and a -by now usual for every ssttgd release- supplement for a special price. After that, the lyricbook will be exclusively available through the ppr-shop and the band. There’ll also be a strictly limited edition of the album featuring a hand written and designed lyricbook by George Andrade! Only 30 copies of this very special item will be offered.

George Andrade explains: ” “THE?LIE” is a new rock opera/concept album that I’ve co-written with the magnificent Seven Steps to the Green Door, the second album of a proposed trilogy**.

It tells the story of a family intimately caught up in the fanatic actions of their religious leaders, their church “fathers”, and the unfolding tragedy that befalls them all, while having to reconcile their faith turned religion with the repercussions of those fanatic actions committed in their God’s name, and coming to terms with the divergent and symbiotic relationship of a faith’s moral authority with the political realities of administrating and growing any organized religion…

I think “THE?LIE” contains some of my best and most ambitious writing for music to date (I hope you’ll agree), and combined with the stellar performances of the musicians and vocalist assembled for this record, I’m confident you’ll be entertained, thrilled, and ultimately moved by the musical experience…”

Bandcamp Daily  your guide to the world of Bandcamp

sndtrak stops by with an Album of the Day Feature of his most recent release, FLIPS V1: Triple Lindy